Before I start, I’m going to take the liberty to assume that you know about Winamp, it was one of the first software that helped us listen to MP3, bringing music to desktop PCs. Launched in 1997, it isn’t really around anymore, but if you remember it, you would remember its interface, an ugly copy of the physical tool. It was Winamp, I believe, which opened the doors for the virtual world to fall in a habit of skeuomorphism.

Skeuomorphism is a way of designing interfaces wherein the software emulate the designs of the physical tool it is replacing and has been a widely popularized technique, regardless of how ugly it makes the software look. We can see examples of it all around us – in the icons for files and folders, and even the recycle bin in Windows, the inbox and outbox and the paper clip symbolizing attachment in emails, or more recently in early iOS applications with felt textures and drop shadows. It was intended initially to help early users to transition from analog to digital without much confusion and with a sense of familiarity. 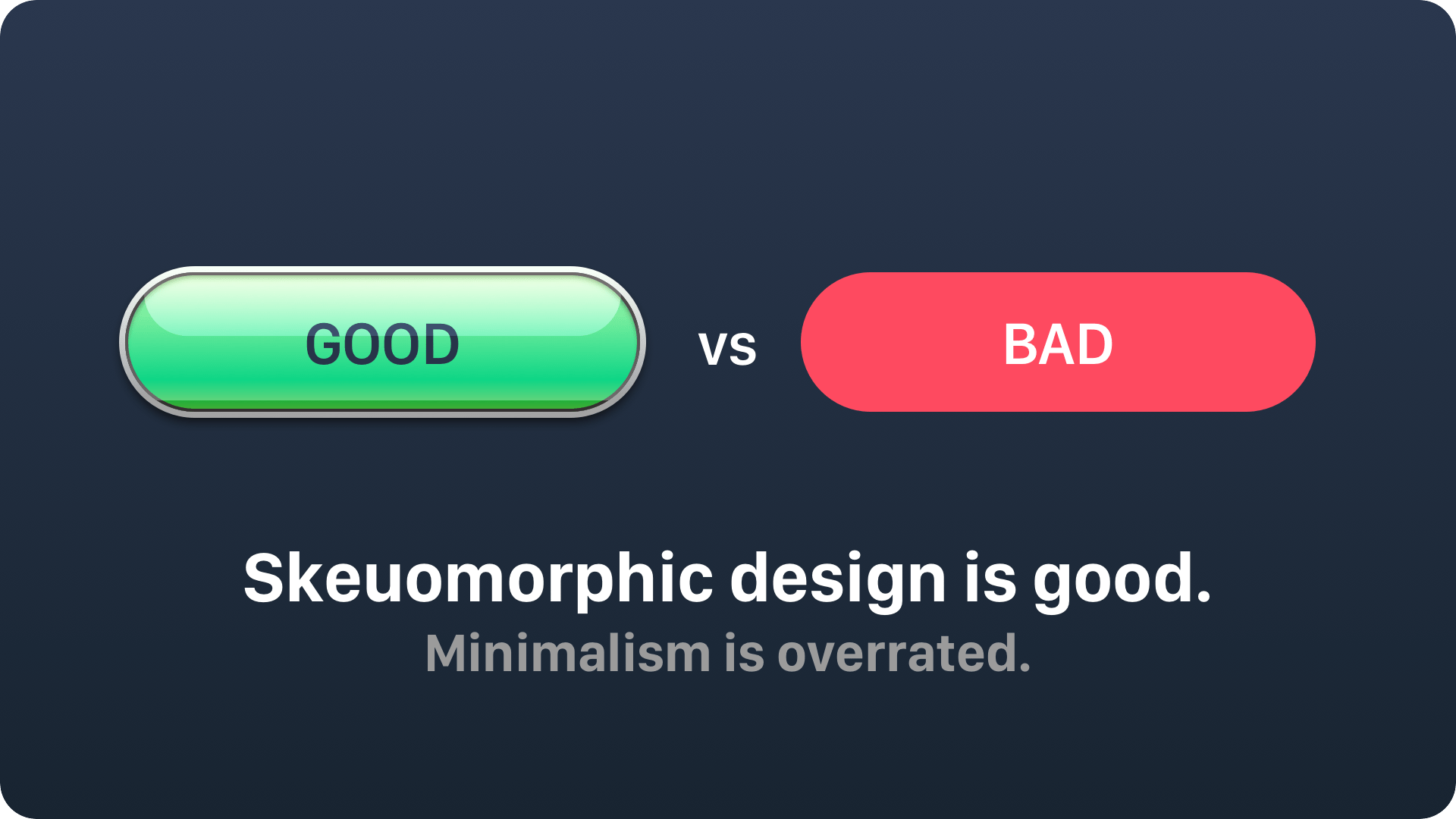 Why people still use Skeuomorphism?

While that is no longer necessary, software, and dare I add, audio software most of all, still primarily use it to create interfaces. Most audio software replicates their physical equipment equivalent piece to piece, on a computer screen. As a result, you get to control all of it – Switches, faders, knobs, even the needles twitching between numbers on a volume meter, with a mouse. It’s ironical, honestly, if not downright ugly – a 3D switch here, a pixelated needle there.

Waves, for example, an audio software company with all their plugins badly resembling control panels from Bioshock. The butch Vig Vocals plugin, used for enhancing and crunching up vocal tracks, looks like the insides of a watch that has more features than you could ever dare to care about. How that helps in the task that the plugin is meant for, I am yet to figure out.

The Abbey Road J37 tape simulator plugin is designed, you guessed it, with the vintage tint of analog tapes, finished with the striking visual of two spinning tape reels. If it means to inspire nostalgia, as I suspect, it fails to keep in mind that the memory of how hard and inconvenient it was to actually operate that thing, is likely to spoil the experience.

Antares’ pitch correction software, called he Autotune, that became so popular as to replace the function with its name also falls in the same category, and as it is said of the auto-tune, the interface to doesn’t necessarily translate into desirable or tasteful just by the virtue of its success. The flagship Auto-Tune plugin’s stripped down, cheaper and more basic version – the Auto-Tune EFX3 bears a strong resemblance to a tape recorder with a Jolly Ranchers affixed on its front.

The Propellerhead’s Reason is a digital audio workstation designed to replicate the look and purpose of a flexible studio rack packed with analog equipment. What is more, is that they haven’t had a design change since the initial launch at the start of this century. Needless to say, it has actual color-coded cables, which flop and bounce as you go through the struggle of connecting them between rack modules. Clearly, all the attempts of technology to provide ease and convenience have been for naught.

You must have heard about Logic?

If you’re in the audio editing world, you have definitely heard of Logic. It is one of the most powerful and popular music software. Before it was bought by Apple in 2002 after almost a decade of its existence, it was owned by the German Emagic and had an exclusive 90s tinge to its look with textured panels and metal knobs. When Apple bought it, they changed it from bright,..to light, and that’s about the only significant change they made. It still looks like a reproduction of the physical equipment. GarageBand, basically the stripped down version of it follows the same philosophy.

Then there’s Pod Farm, from amp simulator pioneer Line 6. It has wood grain and the imitation leather that has come to characterize most guitar-centric audio plugins. The most reductive and useless part, though, has to be the circular rotating knobs, which were essentials for the physical equipment but are extra hard to operate virtually with a mouse. Their use-fullness and purpose in the software are still in the shadows. Similarly, I am yet to understand why developers feel that graphics of loose screws and unnecessary handles or brushed metals, or anything that makes the interface look vintage is desirable for people who just want to work effortlessly and conveniently, which I might remind them, was the original purpose of the software.

Seriously, what’s the need for GarageBand and knobs?

Maybe these designs add comfort and/or inspiration for a few musicians, as it undoubtedly takes people back to the days of turning knobs and flipping switches, but it also defeats the entire purpose of fitting all the studio equipment in a box on your desk. Today, you don’t need knobs and switches and wires to make music, in fact, you would rather do without.

If you have a windows PC and are looking to try your hands on this app, check this guide: here.

Especially now, when we are welcoming a generation that grew up on iPads and GarageBand instead of wires and switches. The rest of the virtual world has moved on and its time that audio software also catch up to it!